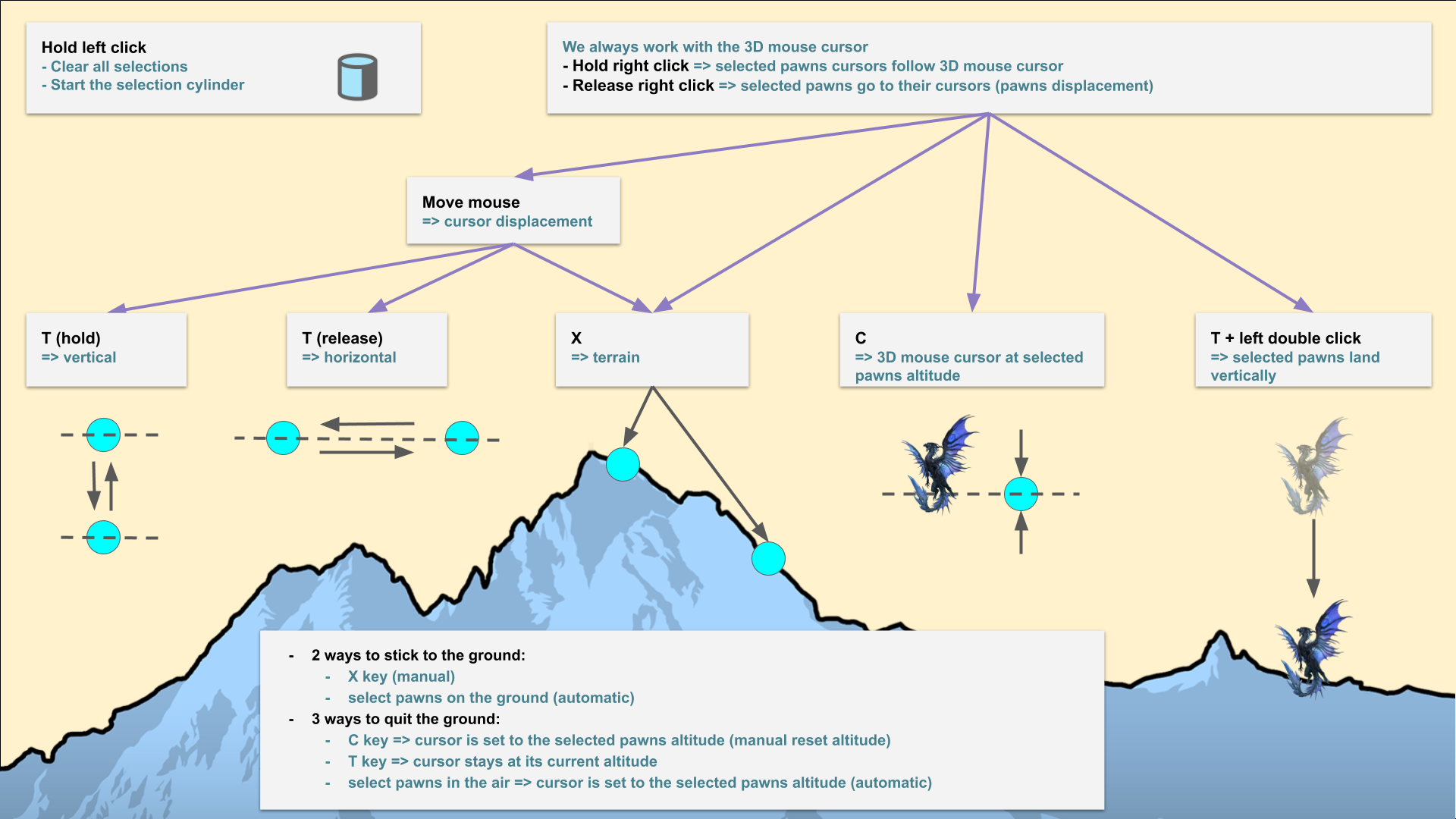 Different versions of Yag are available on Steam, generally for test purposes. Those versions are called branches.

There is a complete video tutorial on how to switch between branches: check the tutorial video playlist in english or french (see the video section on this website to find it).

Very quickly: right click on the game, open properties, and go to the betas tab, where you can select the branch you want to use

Here are the branches currently available:

Feedbacks are welcome on:

One goal of Yag is to remains as general as possible about game rules.

This raises the need to customize it according to any specific game.

But Yag is coded in c++ and its guts are hidden from the player.

A common response to this problem is to embed in the host program (Yag) a scripting language such as LUA.

In order to exchange data, some of the internals of Yag must be exposed to LUA:

The following documents describe the set of tools currently available to do so.

The embedded version of LUA is v5.3.

Yag allows to manage multiple different games by storing each game data in a separate directory that is called a module.

The following documents describe how to manage modules in YAG.